What is the Future Scope of BSC Degree in India & Abroad 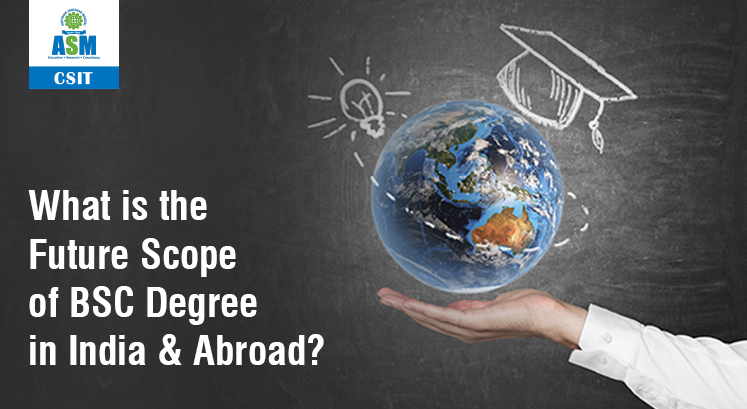 Bachelor of Science, or BSC, has always been a popular degree. This degree is a great stepping stone towards many careers, and this is one of the biggest reasons why BSC has such scope in India. Of course, many parents push their children towards BSC, but the reality is that BSC really does open doors towards the best careers. And students who are serious about careers don’t need their parents to know that BSC is the right degree to have.

In the past decade, the field of science has seen a resurgence. Newer fields, industries have come, which has renewed interests of students in this field. Now, a BSC degree is more than the degree you had to do to become a doctor or engineer. Students are doing BSC for the new career options they have, and simply for the love of science. The future looks great for this amazing subject that affects the quality of human life and will continue to do so for a long time.

The BSC degree has always found many takers in India. From students to employers, there has mostly been a good demand for BSC graduates. However, there was a dip in the student enrolment a few years ago, but there has been a significant resurgence. That’s mostly because of the future scope for the degree.

Here are some important reasons why, and some emerging trends that illuminate the future scope of the BSC degree in India.

We are living in a world where the importance of science is increasing by the day. This is not just in education, but there is an increased need for science in the professional world as well.

India was once a nation with one of the biggest populations of BSC graduates. We are back on track for this title.

Research & development were never the country’s strong points but that is changing. India is now developing itself to become a primary R&D hub for the world.

The medical field has always been one of our strong points, and its scope is only getting better with the improvement in education and technology. The importance of the medical field will push the scope of science in India.

To say that we are living in the age of technology is actually an understatement. The things that are not possible with technology were unimaginable just a few years ago. BSC degree graduates of the country are going to contribute to this industry in a big way.

The BSC degree also has a lot of value abroad. The Western world and a few Asian countries are more advanced and are in need of people in the sciences to keep developing. Even in developing and third-world countries, there is a huge requirement for science graduates. India has the potential to fulfil this need around the world. BSC graduates abroad make a good living with a high salary and benefits.

Here are some factors that are boosting the scope of the BSC degree abroad.

As mentioned before, there is a need for BSC graduates in the industries across the world, especially in countries where a college education is expensive and the popularity of science studies has gone down.

Two of the biggest professions that are high in demand abroad are doctors and engineers.

This is the future. AI is going to be a part of many industries and take over many tasks to reduce costs and human error. The AI industry is growing at a massive pace, and BSC grads are the people who are fuelling this industry.

There was a time when there were only a few industries, but now the scenario has changed. There are many science-based specialised industries across the world that are growing and expanding.

Climate change is real, and it is affecting industries and businesses across the world. Governments of the world have also woken up and have realised this threat. The Paris Accords have been signed by most countries. They have all committed to reducing carbon emissions.

The BSC degree continues to be one of the tops of the list of students considering courses after 12th. With the world developing at a fast pace, science and technology will gain even more importance in the coming days. There will be a need for talented professionals, not just in India, but also abroad.

The modern BSC degree course is far more advanced and on par with international standards. So, if you love science, engineering or technology, the BSC degree is something you have to consider seriously. You can make a great career in this field in India or abroad, and earn an excellent living.

Doing the BSC degree from the right college and university is also important. CSIT in Pune is one of the best colleges in the city, and this college offers many courses, including BSC, that you can consider. To know more, you can get in touch with our counsellors who will guide you in the right direction. Get in touch today!

ASM’s College of Commerce, Science Information Technology (CSIT) is one of the best UG, PG colleges in Pune. CSIT offers IT Courses, management courses, and integrated courses affiliated to the University of Pune. 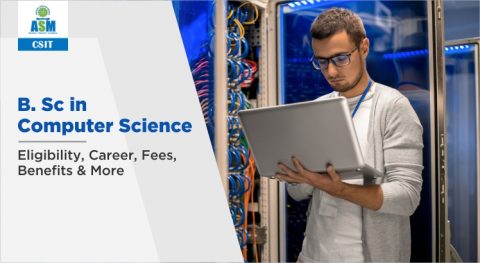 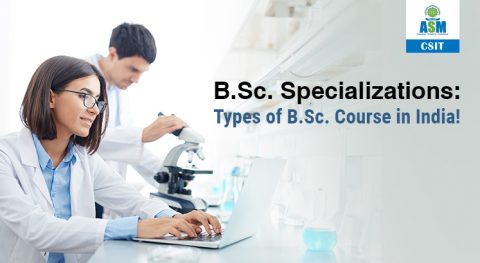